This three-day summer professional development series is open to in-service K-12 teachers across all subject areas. The Museum has offered this professional development program since 2007. Participants will produce a theme-based lesson with the help of Museum staff and special guests for use in their classrooms for presentation before departure on the last day. Participants will also receive classroom resource materials, a certificate of participation, and a $100 stipend upon completion of all institute activities and assignments. Daily lunches are provided.

The Teachers’ Institute is limited to 20 participants. Participants are accepted on a first-come-first-serve basis. Applicants should be actively engaged in the teaching profession. 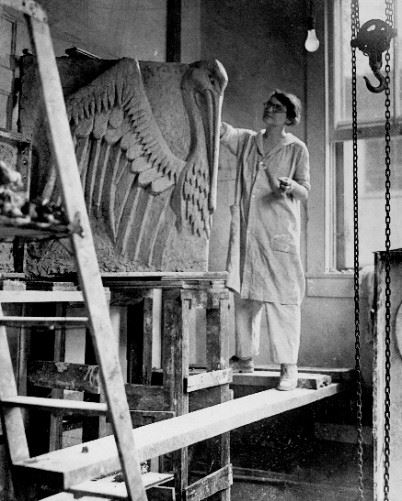 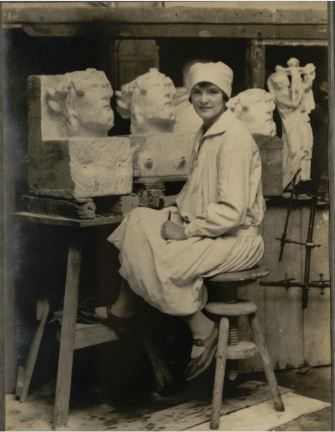 This years annual Teachers’ Institute is set for July 11th, 2022 through July 13th, 2022. This year’s three-day summer professional development series is based on the life and work of New Orleans native Angela Gregory, a world-renowned sculptor and art professor most known in Louisiana for her work on the façade of the New State Capitol building and murals in the Louisiana National Bank in Baton Rouge, and the bronze monument to Bienville in New Orleans. Many of her works can be seen today in parks, on buildings, and in Louisiana museums.  Her work has been exhibited in prominent places such as the Metropolitan Museum of Art in New York City, the Salon des Tuileries in Paris, France, and the National Gallery in Washington, D.C.

Born in 1903, when she was a young girl in the nineteen-teen’s, Angela Gregory announced to her father, “I have decided to become a sculptor. How do you like that? I made up my mind long ago to be an artist and I think I will like that best of all.” Learn how this daughter of a Tule Engineering professor and a Newcomb artist made her way to Paris to study under a protégée of Rodin to learn to cut stone and return to Louisiana to make monumental strides throughout her career.

The 2022 Teachers’ Institute will focus on how Angela Gregory’s art can be used in the classroom to connect a wide range of subjects. We will explore her trail-blazing endeavors carving paths for women, and topics such as recording history through art, controversial sculptures, the math involved in making art, the scientific process of art restoration, and more planned events include scholarly lectures, studio time to experiment with sculpture making, interactive group activities, a fieldtrip to downtown Baton Rouge to see Angela Gregory’s art at the New State Capital and at The Gregory, a restaurant, which is named after her. Teachers Institute will culminate with lab time for the creation of classroom lesson plans.